Financial Domination is an area that a lot of people are left wondering about because it is something that isn't widely talked about. Those who have done any reading or seen any financial domination in action have heard the term Findom tributes. 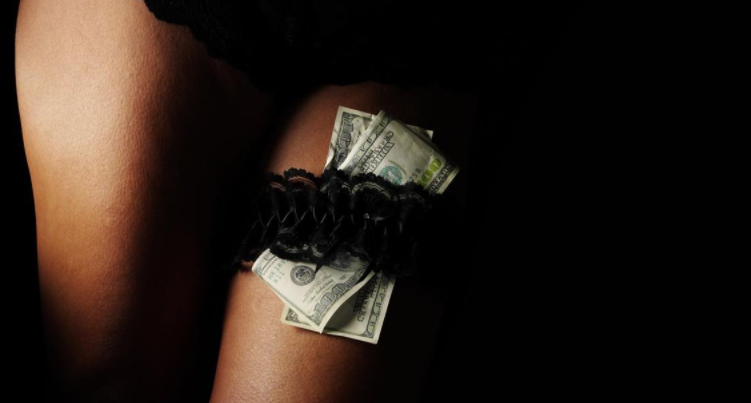 Most Findom tributes are ones that they ask for. However, they do not have to be asked for and can be spontaneous on the side of the pay pig.

The tribute is similar to tasks or other parts of a D/s relationship where power is exchanged. Instead of physical power in this case, it is money or wealth.

Something important to note is that most people going into Findom or viewing it from the outside think that the tribute is payment for something specific. A tribute is actually not a payment for something, it is a gift and guarantees. It is up to the Findom whether or not they will offer something in terms of domination. A big reason that people get into Findom is for the financial fun, not for paying for other domination.

Other types of dominatrixes may ask for tributes. These are sometimes financial domination as a kink they have. Other times they are used as a way to verify someone is serious about becoming their submissive. It all depends on the relationship.

Findom tributes are very important to professional or full-time dominatrixes. They offer their services to make a living and as such you must pay for their time. Be respectful and offer a tribute to them as a way to show that you are interested in their services. This is not to say tributes are not important for non-professional dominatrixes, it is just to highlight the importance of paying someone for the job they do.

What Kind of Tributes Are There?

Physical gifts are less common as tributes because they are not really financial domination. However, a Findom ordering a paypig to buy something off of their Amazon Wishlist is getting more and more common. This buypasses processing charges for money and some payment processors are becoming stricter about allowing what is seen as sex work, to be paid for via their platform. For example, PayPal.

Before giving a tribute it is a good idea to ask your Findom what they are looking for. This ensures that you offer the right thing but also so that you don't try to make a payment that they do not want or a gift that isn't appropriate. Communication is key in any Dom/sub relationship.

Are All Tributes From Established Paypigs?

A common belief is that paypigs who are giving tributes to Findoms are ones that have an established relationship with the Findom. Many modern Findoms are on cam sites or other digital platforms like OnlyFans. With these platforms, it allows for the general public to interact with dominatrixes. That means random people can give tributes and/or be asked for tribute.

This also makes it easier for Findoms to find new pay pigs. The public interface allows them to meet people, vet them, and establish a base relationship. It also allows them to have an easy fan base.

Financial Domination is nothing new but it has become a lot easier and a lot more commonplace with the internet, webcams, and payment companies becoming popular. You can now find a Findom in a matter of minutes when it might have taken you days or weeks in the past. You don't even need to find a Findom who is in the same country as you with the help of the internet.