Why Do Some Men Enjoy Financial Domination?

The exact financial domination varies, yet usually involves the man (often called a paypig) being forced by the domme to give up some sort of financial control. This could be to spend money on their domme buying gifts or even getting monthly payments directly from their bank.

In fact, most paypigs never meet their domme! That means giving up their hard earned cash without receiving anything in return - or so it seems. Let's take a closer look at why some men enjoy a findom relationship! 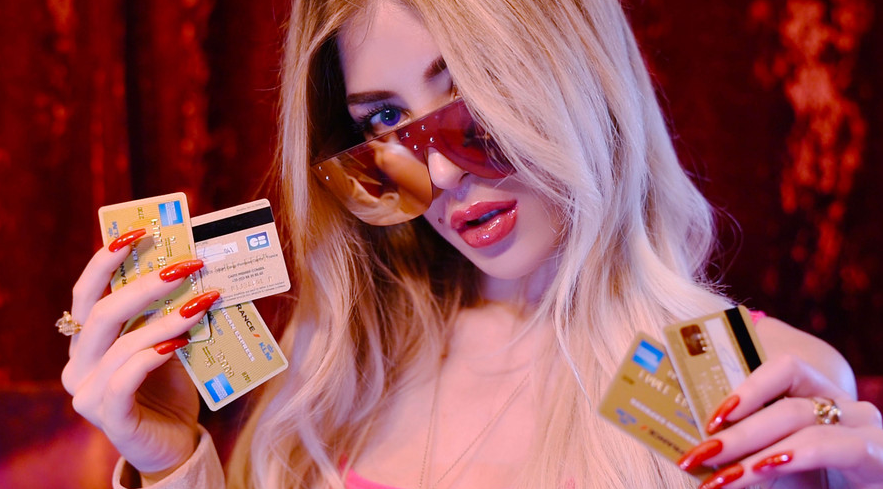 They Love to Worship Women

Perhaps one of the most obvious reasons why some guys like findom relationships is they simply love to worship women. In findom, the female takes on a very powerful role, often being a goddess that is literally worshipped by the male.

This means giving her money, gifts, and general attention. Because of the financial aspect, they are usually given lots of things in return, and the simple act of them spending money or being happy with receiving gifts is a big turn on for many males.

Women involved in findom relationships are usually empowered, thanks to the clear dominant roles they take. Many guys are incredibly aroused by a strong, powerful woman! Even just them telling them to give them something, in this case money, is a huge turn on!

Some guys also love the idea that their hard earned money brings another woman satisfaction, especially through such a kinky method. For example, if a paypig buys his domme sex heels, she can tell him how much she enjoyed wearing them on a night out, knowing his hard money paid for them.

He gets pleasure knowing his money was satisfying his domme, who he is spending all his time worshipping. It's intimacy on a unique level, and lots of men are finding it too hot to turn down.

In a findom relationship, the man plays the submissive role. Many people love being dominated by a powerful person, taking on a sub role where they give over some aspect of control. In findom, it's financial domination that is taking place.

Some guys want to be called names until they are coerced into giving their domme money. Others get a turn on by seeing someone take complete control of them via their money. Lots of men just love the idea of being dominated be it financially, emotionally, or physically!

Of course, the financial incentive for any female domme means it attracts lots of powerful and attractive women. If a guy loves being dominated by hot women (and many do) then it's unsurprising so many are flocking to the world of findom to have their desires met.

Another unique aspect of findom is the fact that money is spent on the woman while the guy doens;t get much in return, physically at least. Unlike some relationships, like a sugar daddy and sugar baby, the money is being spent for sexual favours, as it serves a different purpose.

For many men, money is an incredibly important aspect of their lives. A man's success is often measured in his finances, while many men feel their finances and general wealth is one of their most intimate things in life.

For example, imagine a guy that loves to be dominated, but he needs to be forced into being submissive. Rather than being spanked or whipped, he is verbally coerced by his domme into giving up his financial control, something that is very important to him on a personal level.

It involves a lot of trust and when done right, can be incredibly satisfying on a sexual and intimate level. Even if there is literally no physical contact involved!

They Have Cash to Burn

Men in findom relationships tend to have more cash to burn. While not necessarily wealthier than most guys, they have a fair amount of disposable income and they are willing to spend on things they like, such as being financially dominated.

We all like spending our spare cash on our interests, and for many men their interests are being financially dominated! Some guys like to see women spend their money, even if they aren't there with them.

It's a Naughty Experience

This can be a massive turn on for many men. Being controlled by a powerful woman willing to take ownership of him makes it more than worth money!